You always have your dad when you feel that the world has walked out on you. Tonino Vitale happens to be one such adoring and dedicated dad to his Labrador, Dylan. The 13-year-old arthritic dog was feeling down and out as his age and the pain prevented him from moving around. He couldn’t run or play and was confined to his home. 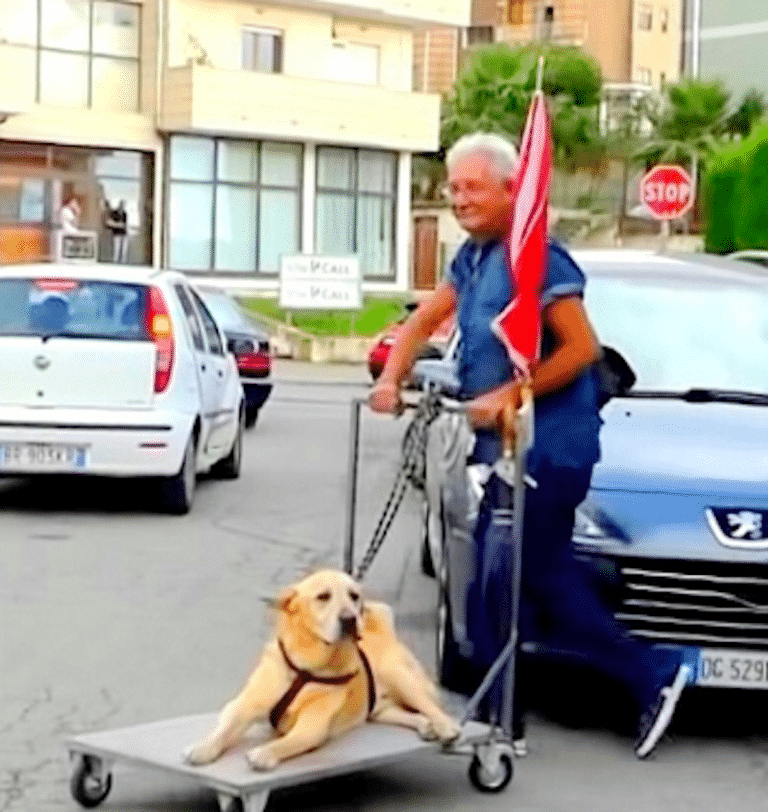 Tonino’s fatherly instincts could sense that Dylan was depressed and needed to go out regularly. Keeping him indoors was slowly killing him. As Dylan was in no condition to walk, Tonino built a pushcart for his arthritic dog and takes him along for his morning walk. Dylan sits on the front and gets a regal view of the world as Tonino pushes him through the streets near their home in Vibo Valentia in southern Italy. 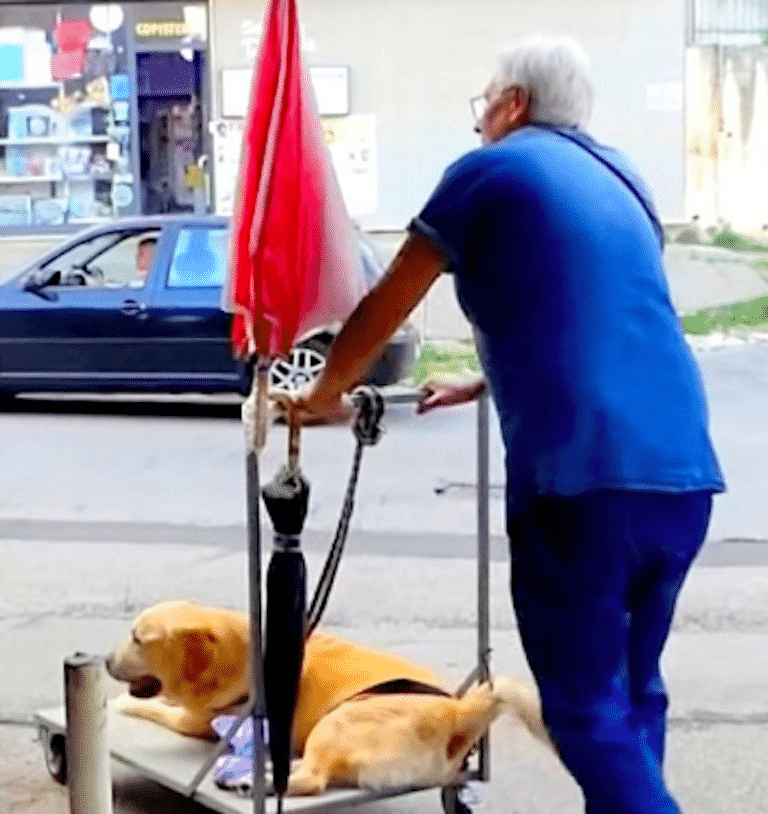 Tonino gradually noticed that Dylan was his cheerful self again after his daily rounds. Their neighbor caught the endearing scene on video one day as the dad-son duo went about their daily routine. The footage naturally went viral as people around the world were overwhelmed at the scene of fatherly affection for his arthritic dog.

Read: Rottweiler Cries When He Finds Friend Passed Away

Tonino says that it is the least he can do for Dylan who was around to console him when Tonino’s father passed away. He feels it is a small way to pay back for those troubling times. Tonino is always eager to do all he can to ensure that his dear buddy lives out his last days in dignity.

The enormity of a father’s presence is only felt by someone who has lost him. Torino’s knows that and was lucky to have Dylan around in his most difficult days. The extra moments that they share will remain forever with Torino. The world seems a better place when you hear of the affection that the doting dad has for his arthritic dog.