A black and white Border Collie, Jimmy was trapped 20 meters down a cliff face. The people on Bells Beach, Victoria, Australia noticed the dog on a thin ledge down the sheer cliff. Without any delay, they dialed triple-0 to which the CFA (Country Fire Authority) and SES (State Emergency Service) High Angle Rescue Team volunteered to get the trapped dog rescued.

Nobody knew how the dog reached there. Mark Sinkinson, the CFA commander said that even Jimmy’s owners were unaware of his whereabouts. They had no clue that he had gone missing.

The CFA anchored the ropes to a ute and used them to aid an officer to go down the cliff, to the ledge where the trapped dog was waiting, wagging his tail. He even greeted the officer by wagging his tail far more vigorously. A harness was then used to pull the dog and the officer up to the surface. 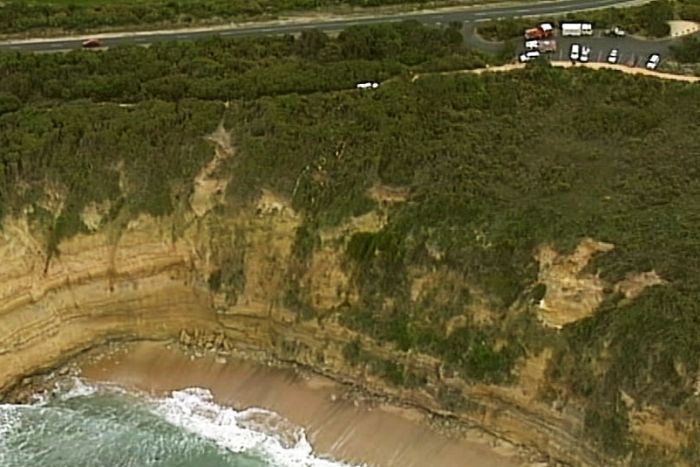 CFA Commander Sinkinson commented that it was a great opportunity for the Geelong High Angle Rescue team to put their skills to practice. This would help the team later in rescuing people from the cliff. The commander was proud that the Team managed to carry out an accurate risk assessment which ensured the safety of the whole process. This made sure both the rescuer and the trapped dog returned to the surface safely.

READ: Dog Gets Stuck In Tar And Courageously Calls For Help

Jimmy’s owners were the residents of the Jan Juc region. When they learned about his exploits they were flabbergasted at the havoc he had wrecked. However, their trapped dog was safely rescued and that brought the ultimate sigh of relief!