Kind-hearted Andrea Athie picked up what she thought was an injured dog on a long drive back home. The canine was obviously injured in the leg and looked famished. Andrea, from Ciudad Victoria in the north-eastern Mexican state of Tamaulipas, realized that the canine had met with an accident and had injured his hind paws. Imagine her surprise when vet at the clinic where she took him said it was a wild coyote. 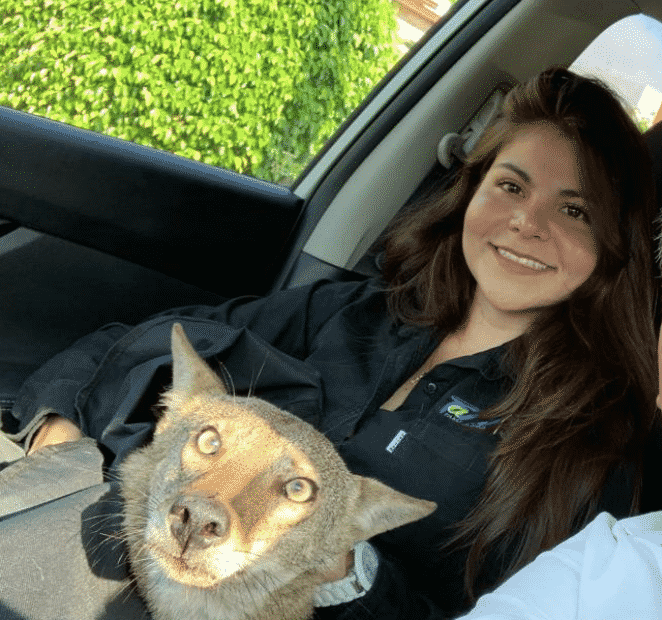 On the ride to the medical center the ‘dog’ snuggled close to Andrea and was pleased. The ‘dog’ even gave her a few kisses. 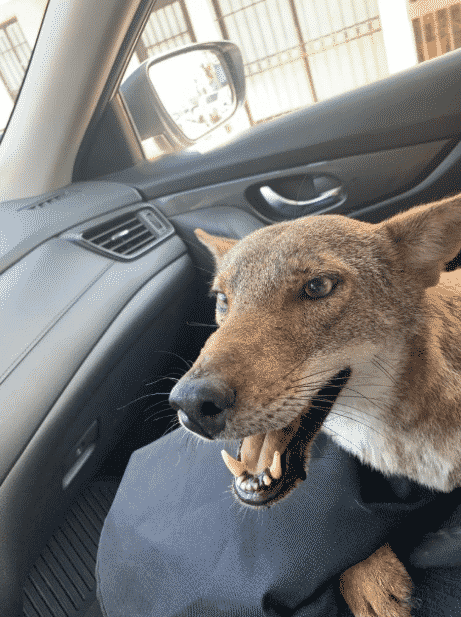 Andrea was sad as she relived the memory of the ride with the sweet-natured coyote. He had been in too much pain and had instinctively trusted a human being. Coyotes generally are wary of humans and usually scamper off at the first sight of humans.

The incident soon went viral with Andréa’s brother Alejandro tweeted pictures of the coyote and wrote about the mix-up.

Andrea had become attached to the wild coyote in that short period and had even named her “Pancho.” It initially seemed to be recovering and had been affable and obedient. Though this particular coyote was friendly, they are wild and can be dangerous when cornered.

Read: Cute Puppy In South Yorkshire Dies Of A Heart Attack Terrified By The Firework Celebration

Andrea did her best and the sweet wild coyote could at least live out its last days in care thanks to her. Every life is precious and we also need to take care of wild animals by at least giving them the space they need.

This incident only proves that even wild animals respond to care and affection.